It’s no secret that modern relationships have evolved over time.

Today, relationships are much more fast-paced. Courtship isn’t as common as it was in the past. One thing that you’ll often hear your grandparents, or even parents, complain about is how different dating is now than previous generations. But how different is dating really from our parents and grandparents time?

There are 4 key elements that make modern relationships so unique.

While today’s relationships are much different from what our grandparents experienced, there is one thing that has remained an important aspect of all relationships— Traditions. Check out the infographic below for more examples of how modern relationships and traditions of the past have evolved over time.

Amanda H. is a content creator who enjoys spending time with her pups. When she’s not playing fetch, she can be found gardening. 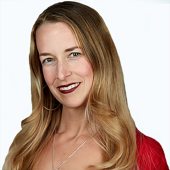 How To Deal With Getting Rejected By A Guy — 3 Steps