You should message him— As long as you know how to text him the right way and at the right time.

There are more wrong ways than right ways, and I don’t want you to be misinformed!

Get out your phone or notebook and take some notes on how to text a guy, so he doesn’t make you wait by the phone for three months.

Three months’ wait-time is too much, and once it’s past the two-month mark, he’s definitely NOT interested.

But if you do texting right, a man won’t be able to wait too long to respond.

If a guy sends you a message don’t wait for a certain amount of days or hours before you respond. If you are into a man— Don’t make him wait for a week.

Do respond (when you’re not busy).

But don’t respond when you ARE busy. And busy doesn’t mean you have to be swamped at work.

Don’t sit by the phone waiting for a guy to text. Keep living your life and don’t make your focus about any man.

Doing the things you usually do is hot! If you stop going to the gym because you are hoping he will text or call— Not so hot.

Keeping yourself satisfied in your own life will make a man see how much your passions are important to you.

There are schools of thought that say never message a guy first. But I disagree. You can message a guy as long as what you say is NOT boring.

Don’t open the conversation with

Just saying “Hi,” shows him you haven’t put much thought into your message. It doesn’t set you apart from any other woman he maybe texting.

You will be more like a texting Goddess if you say something that makes him wonder. Something that’s not the usual.

Saying “Hi” doesn’t give him anything to be curious about it makes him think you’re like all the other women. You want him to be curious not bored.

“I was thinking about you while I was trying on some new things at the mall today.”

You know where his brain will go immediately. He will imagine you trying on bras or underwear. Or at least he will be hoping you were in the lingerie store when you thought about him.

And he will be hoping you were buying something for him to see sometime.

He won’t be able to wait for too long to see what you tried on.

Don’t be surprised if the topic of underwear comes up.

Don’t Text Him After You’ve Gone Out Drinking 2am texts can mean the following:

2. It can say that you don’t value his essential sleep time.

If you drunk text him, you might be less inhibited. When you wake up in the morning, you might be wondering he didn’t get in touch with you again.

Maybe it’s because you texted him,

“I think I Luuuuuuv you!”

After your second date.

Hopefully, he has a job and is sleeping before 2 am, and hopefully, you aren’t sending him messages like that after a girls night out.

I know it’s hard if you like a guy not to message them when you’re feeling all warm and fuzzy after drinking a couple of glasses of Pinot.

When you’ve got a buzz on your logical thinking parts will be tossed right out the window.

When you are texting with a man— Wait till your sober and when you are both awake. Being alert is a step in the right direction for good flirting.

Also Be Positive When You Text Him, Chica!

When you message him, it’s not the right time to complain. If you want to b*tch about something— Talk to your girlfriends about Cathy the control-freak from HR.

Not a new flirty potential boyfriend.

Remember texting can last forever! I have text messages on my phone from years ago. There are some things you don’t want lurking around with someone you hardly know.

Don’t Worry About How Many Other Women Are Texting Him

Worrying about how many texts are coming from someone else’s phone can crush your self-esteem.

Because there probably are other women vying for his attention. But texting the right things will keep a guy interested.

Even if other women are texting him, who cares? You don’t. You are just getting to know him— Don’t worry about it. Until you are exclusive, you can message more than one man at a time. I highly suggest this!

If you are talking to several men at a time, it will keep you feeling safe until something more exclusive develops with a man.

If you like him, there must be something good about him so . . .

Don’t gush and say “OMG! You’re the most handsome guy I’ve ever met!!

“I have a picture of you in that blue shirt burned into my memory forever.”

You can say something made you remember him this is text-flirting the right way.

Here Are Some Great Examples of How To Text Him:

He’s going to hope you were shopping at a Victoria Secret store. I’m sure he would love to hear about your new purchases. This text is going to make him imagine you wearing a lacy bra.

This text will put a grin on his face. He’s going to be wondering what you are thinking about— Him? You? Sex? It will stroke his ego in the right way and keep him interested.

I love these kinds of texts because they don’t require a response, but they will probably get one.

Texting has its place and doing it right will hit him in the right place. His emotional non-analyzing position. This emotional area is the place that creates an attraction for a man.

When you text him and call him the right way, it will create an enormous attraction for you. These texts will make him want to meet you in real life— like yesterday. He will ask you out again and again. 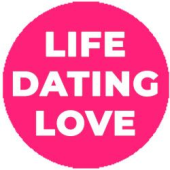 Relationship Struggles— 7 Ways To Deal With A Non Committal Man The Best Way To Feel Happy If You Are Single Alone and Depressed. How To Get A Second Date In 3 EPIC Steps