What is body count? And Does It Really Matter?

If there’s one dating topic that will polarize the internet, it’s a person’s body count, really. If you don’t know what it is… the Urban Dictionary is here to inform us all. The slang dictionary def of a body count is “How many people you’ve had sex with.” Umm… Many? A few? Maybe a couple?

Body Count For Ladies — How Many Is Too Many?

I’ve come under fire in the past for admitting that I have an extremely high body count. I’ve also seen people straight up go after others for having a higher-than-average number of sexual partners. There are ways to talk to your partner like a mature responsible sex-loving person.

Even though we live in a progressive society, the truth is that we still hold a lot of Puritanical views when it comes to sex. Whether we want to admit it or not, having a high number of sexual partners will give you stigma—especially if you are female. Even though having sex has mountains of health benefits.

Why Do People Care About Body Count Anyway?

This was something I honestly didn’t fully understand, and really still don’t get. The one thing that I can say with confidence is that, for one reason or another…

People get uncomfortable around people who have more sex than them.

Everyone has their own reason for caring about body counts, I suppose. Some of the more common reasons I’ve heard include:

But Does Body Count Really Matter?

As someone who has been with a people who had body counts in both the single digits and people who were in the high triples, I can shed a little light on the matter.

What Your Body Count Says About You

The real problem comes in when you’re dealing with a potential partner that puts a heavy emphasis on having a low body count—or when you are that partner.

This tends to suggest serious insecurities that can lead to body shaming, sexual repression, and emotional abuse if you have a count, not to their liking.

Does A High Body Count Make Your Unworthy Of Commitment?

In the past, a woman’s chastity was something that was expected for a wedding to happen. It was just how society was, primarily because birth control was outlawed. A high body count meant that family planning couldn’t be done and that men would be raising kids who weren’t theirs.

This is not the case anymore.

With the rise in medical technology, there’s no reason to curb your sexuality if you don’t want to. You are not defined by your sexuality, nor should you behave like it is. Doing so can cheapen your own self-image.

Every human being on the planet is going to have a past, and that includes a sexual past. And according to a study from Superdrug (who are sex-stats experts, apparently), the average number of sexual partners for women and men in the U.S. is 7.2.

Getting angry at someone you’re dating for things they did before they met you is not going to help anyone. If anything, it’ll sour the foundation of a relationship that could’ve been better, great even.

There are a million things that are more important than the number of people you’ve slept with—character, integrity, practicing safe sex, having a good sense of humor…

The list goes on and on. Those things will matter a lot more than the number of people you’ve done the Hokey Pokey or dating therapy with.

Are You Dealing With A Slut-Shaming Partner?

If you’re dealing with a date who’s pushing to know how many people you slept with, or if your partner keeps making negative comments about your past, allow me to give you some good advice. Alright?

Here’s what you need to do— leave.

This never gets better, and people who tend to use a partner’s number as a reason to deride them often escalate their abuse. There is absolutely no reason to tolerate it, and sadly, nothing you say or do will be able to change a partner’s decision to judge you based on it.

It doesn’t matter how you choose to cut things short. It only matters that you do.

If you are on a date and it happens, ghost them. If you’re in a relationship and are casually dating, just calmly tell them, “Since you clearly have such a big issue with the number of partners I have, I’ll break up with you. You clearly don’t think I’m worth the respect I deserve.”

At the end of the day, breaking up with someone who polices your sexuality might not be fun, but it’ll save the most important number in your life–#1, YOU! 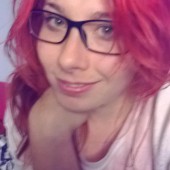 How To Talk To A Man. In 5 Easy Steps Get Your Ex-Back With These 5 Simple Tricks!