Is the feeling of jamming your thumb in the car door a similar pain to the trials of your dating life? Maybe the frustration of locking keys inside your car is comparable to bad dating habits or an exhausting fight with your significant other.

I bet you know deep down inside that you deserve better than where you are now. Whether you’re single, taken, or somewhere in between. It’s all about your positive approach to dating. Old habits are holding you back. You can make small steps toward reframing your dating mindset.

When you stop the bad patterns, you won’t get invested too soon. You’ll feel safer when dating and in turn, you’ll unveil a relationship that starts with healthy boundaries. The following tips will help foster a relationship that’s worthwhile.

Here are the 4 common things you’re doing in dating that could sabotage your dating life.

Stop Getting Emotionally Invested Too Soon

If you think it’s only a matter of time before you lock this down, stop. Catch yourself to realize this is not the right approach.

Your head in the clouds mindset gets you sold on them from the first date.

What you initially thought was infatuation, could actually be the voice of desperation whispering in your ear. It’s natural to have a tendency to emotionally attach to someone we like. However, depending on your attachment style based on Bowlby’s Theory of Attachment you could be laying it on too thick.

Committing too soon is like a cat eating catnip. From every ounce of attention, you remain hooked this is not ideal for you. So drop the catnip, and keep your hands where we can see them!

When you pump the breaks, take your time, and set clear boundaries, you stop your relationship from becoming codependent. You have to distract yourself from the urge to lock someone down from early on. This leads us into the next bad dating habit…

Stop Dating One Person at a Time

Do you tend to focus your attention on one person at a time? It tends to feel like commitment pretty soon, but have you had a talk about it yet? If you haven’t had that special talk with your potential partner yet, and you’re ready for commitment you should. Or you can pretend to be cool, and get yourself burned.

If they’re not ready to commit to you, you can consider yourselves not a yes, only a maybe.

If he hasn’t made it official, you might not be the only woman in their world. His actions speak volumes.

If you spend all your time together, it probably feels like you’re already a couple.

Some potential partners will take you out plenty of times while still dating others on their roster, especially when you meet through online dating.

The best thing about dating more than one person is the fact that you are free to explore your options.

Dating more than one person, doesn’t mean having sex with everyone.

It means you’re dating. Going on dates. Hikes, drinks, lunch, whatever. You can do that with multiple guys and feel good about yourself in the morning.

Keeping your options open is a good idea until things are official. If the guy you’re really into ghosts you, it will be easier on you emotionally if he’s not the only one on the roster. Or if they’re slowly (or quickly) pulling back, you to realize you were just another option.

If he pulls back, it can also mean he does like you.

Women tend to go from 0 to 100 (which can be considered a bad dating habit). Men go from 1 to 10 to 20 and so on. Many guys take their time to decide if a woman is right for them. If he does like you and pulls away he could also be considering if you are a cool girl that he can spend more time with.

So if he does pull away, be the cool girl. And date other guys while you’re at it. If you are busy on Friday night if he asks you out last minute, he’ll also see you’re high-value and not waiting around hoping he’ll call.

G.L. Lambert, author of ‘Men Don’t Love Women Like You’ agrees. In his blog post titled ‘Women Need to Date Multiple Men’ he describes a type of woman in dating, “Basica 1: Dates one man at a time because she doesn’t have the “energy” to meet new men…in reality, she’s not too busy, she’s just scared.”

If you’re personally wrestling with this one, just ask yourself why you aren’t open to dating more than one person at a time? If you already date multiple people at once, then carry on in adding some names to your contacts, ladies.

Dating when you have a relationship goal can become a numbers game.

Avoid bad dating habits by enjoying your time meeting some new guys! You could make some great friends, or you could end up meeting one of his buddies that you click with.

Dating more than one man can give you confidence.

We all want to be wanted. It feels good. This also means you have you with your own pick of potential partners. It’s better to pick instead of waiting on someone to pick you. It might seem counterintuitive if you really like someone. But don’t spend your life waiting for him to ask you out.

This mistake is crucial to address when dating online. You should be cautious with whom you share information with. You could be genuinely connecting with this person. But that doesn’t mean after chatting for 3 hours, they need your home address. Meet them out for dinner. In public. And take an uber there.

I don’t like to focus on the negative aspects,  because every person has good qualities and not-so-great qualities. So make sure when you’re dating you embrace your smart dating qualities. Let a friend know you’re meeting someone new. Don’t meet in a dark alley.

This isn’t living in fear, it’s just being vigilant. You must equate trust with your information.

Trust is something that is earned, not given to everyone you meet.

Even giving a guy your phone number is a gift to him. Because your time is valuable.  And letting a guy come over doesn’t have to happen— tonight.

Let’s say someone from a dating app wants your phone number, but you aren’t comfortable giving out your real number just yet. Giving it to him too early is a bad dating habit if it makes you uncomfortable.

You want to get to know him a little better. If you’re not ready, you can give sign up for a Google Voice phone number instead.

To get more ideas on protecting yourself, take a look at How to Protect Your Privacy When Online Dating.

Don’t be too available.

If you could stack up all the good morning texts, the Applebee’s dinners, the selfies, and the fun nights you’ve had they would stack a mile high.

Am I right about this? When he texts you, you respond immediately. When he calls, you barely let it ring.

Let’s say there’s a new beau in your life. And there’s great chemistry. You both want to be around one another so much it’s hard to give each other space. So you’ll want to cut out bad dating habits from the beginning (like texting 500 messages a day).

Sooner or later the mystery about you will fade if you keep this up. You have to realize it’s okay to cherish life apart sometimes.

You don’t need to stop doing your homework, or ignore your work to pick up the phone the second it rings.

If you’re in the middle of doing your downward dog pose, leave the phone in the other room.

It’ll make him wonder what you’re doing. Let him use his imagination— to your advantage.

When you choose to focus on multiple aspects of your life, you give yourself control over your emotions it makes you the kind of person that other people want to be around. You have hopes, dreams, and goals. Make a promise to yourself to not lose sight of that.

Have plenty of passions in your life and keep yourself busy

Tell them you have to see them next week because this weekend you’re going home for the weekend.

While we’re at it, if your on the phone with mom, don’t hang up on her to talk to him.

Create a daily habit of reciting affirmations, along with prayer and meditation. Getting yourself centered will keep you solid emotionally.

If you like to write, keep a regular journal. Go grab some journaling ideas at How To Attract Love With The Law Of Attraction this is a great guide for manifesting an ideal partner.

Continue to date wisely by quitting these bad dating habits so you can improve your dating life.

So it’s out with the bad and in with the good. And when you keep your life fulfilled, and make yourself happy, more good will come to you. 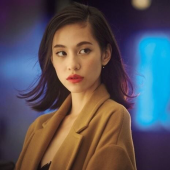 Kianna is an Expat English Teacher by day and a dedicated dating and beauty copywriter by night. She is currently living her double life in rural South Korea. She is a proud “Pesca-vegan”, and is terribly afraid of dragonflies but has hopes to one day face her fears and “flex” on them. You can find more of her work on LinkedIn.com Dating After Heartbreak— 3 Goodies You Must Know 3 Sneaky Ways To Get A Boyfriend

Women Who Do THIS Stay Single Forever.